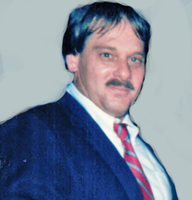 Buster Martin, 71, passed away peacefully at his home in Lovington after a long illness of COPD. His family was at his side to be with and comfort him on his final days on earth. Buster was born in Portales, NM on November 15, 1947 to Beecher and Maxine (Swafford) Martin. He attended Lovington Schools all of his life and graduated with the class of 1965. Immediately following graduation, he joined the US Marine Corps. He was a member of the 3rd Marine Division while in Vietnam during both of his tours. Buster volunteered for a second tour in "Nam after being wounded by shrapnel in the first tour. He was severely injured north of Con Thien on November 5, 1967 and this led to the amputation later of his left leg just below the knee. Buster was awarded two purple hearts and two Gallantry Crosses for his service in Vietnam. He retired from the Marines as a Lance Cpl. After his medical discharge, Buster lived in several places, including Albuquerque, El Cajon, CA and Norman, OK, but always returned home to Lovington, NM where he lived the rest of his days around his family and friends. He enjoyed riding his motorcycle with the "Toys for Tots" each year and riding with his friends. He was preceded in death by his parents; one brother, Rick Martin and nephew Jason Noack. Surviving him is his loving sister: Janis and husband Freddy Noack of Lovington; one niece: Shasta Noack, her daughter: Rhyya and Rhyya's daddy, Matt Womelsdorf; Great-nephew: Dominic Noack; two nephews: Todd and wife Kari Martin and Coy and Ashley Martin; four great-nephews and two great-nieces and a host of extended family and friends. Buster had so much love for God, his country, his family and friends and his TEAM, " He loved OU Sooners!!" He will be missed by all of us as "sweet Uncle Bob" Cremation has taken place per Buster's wishes and adamant request. Condolences may be sent to the family at: The Noacks, 2001 West Ave J, Lovington, NM 88260 and also to www.kirbysmithrogers.com.