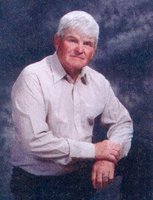 Roger Jerrel Dossey November 02, 1948 - June 16, 2018 Memorial services for Roger Jerrel Dossey, 69, of Tatum, NM will be held on Thursday, June 21, 2018 at 3:30 pm at First Christian Church with David Stevens officiating. Arrangements are under the direction of Kirby-Smith-Rogers Funeral Home. Roger was born on November 2, 1948 in Lovington, NM to Jerrel Leroy and Joyce ( Rogers) Dossey and passed away in Tatum, NM at his residence on June 16, 2018. Roger married Paula Jean Benham and they were married for 32 years. Roger was raised in Lovington NM and also went to school here and then moved to Tatum, NM where he was still residing. He was a member of the Brotherhood of the 74th motor cycle club. He liked music, playing his guitar, racing go karts with his kids and dirt track racing. He loved to spend time with his family especially his grand- children. He like to do mechanic work in his spare time. He has been employed by Kirby-Smith-Rogers Funeral Home for the last eight years. He was preceded in death by his parents Jerrel Leroy and Joyce Dossey; one sister: Debbie Partlow; and two granddaughters: Deborah Joyce and Angel Marie Dossey. Surviving him is his wife Paula Dossey of Tatum, NM; four sons: Brock Dossey of Hobbs, NM, Daniel Dossey of Fort Worth, TX, Jerime Dossey of Fort Worth, TX., and Dustin Dossey of Tatum, NM.; two daughters: Tamra and husband Monty Cole of Lovington, NM, and Sarah Dossey of Odessa, TX.; two brothers: Wesley Dossey of Tatum, NM., and Darrel Dossey of Lovington, NM.; ten grandchildren and three great-grandchildren, numerous other children he claimed as family. Also, extended family, and a host of friends. Our heartfelt thanks goes out to Veronica Wilson, Aubrie Dossey, Max and Audrie Collins, and Interim Home Health and Hospice for all their care, love and support.