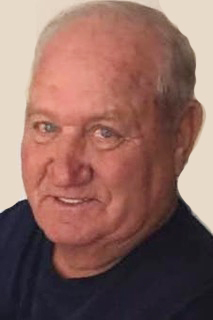 Please share a memory of George to include in a keepsake book for family and friends.
View Tribute Book
Memorial services for George H. Akers, Jr will be held on Friday, March 5, 2021 at 10:00 am at Hillcrest Baptist Church with Chad Wease officiating. Arrangements are under the direction of Kirby-Ratliff Funeral Home. George was born on August 7, 1943 in Roswell, NM to George Akers and LuRetha Irvin-Henry. He passed away February 24, 2021 at the age of 77 after a tough five-week battle with pancreatitis in Albuquerque, NM. He was raised by his beloved grandparents Ed and Alma Irvin, along with his aunts and uncles. He enjoyed woodworking, fishing and hunting and was a member of the Lovington National Guard for four years. He became a volunteer fireman with the Lovington Fire Department in 1967 and served the Lovington community for 19 years. George was one of the first full time employees for the Lovington Ambulance Service. He married the love of his life Ernesteen (Teena) Lawrence Akers on September 14, 1963 and again on September 14, 2002. They were blessed with three daughters and one son. His children, grandchildren and great grandchildren brought him so much pleasure. His love for his family was only surpassed by his love for our Lord. His favorite past-time was picking on his family or whoever else was around. Preceding him in death were his parents, grandparents, several uncles, brother-in-law, sister-in-law, grandson Zackery Manry and his favorite trucking buddy (poodle) Dolly. He is survived by his wife Teena of the home, three daughters: Lynda and husband Brent Davis of Lovington, Becky and husband Rusty Weaver of Hobbs, NM, Michelle and husband Adam Bock of El Paso, TX and one son Roger Akers of Amarillo, TX. Also, 11 grandchildren: Cory and wife Ashley Davis, Cole and wife Shelby Manry, Brannon and partner Sam Davis, Jay and wife Dakota Allman, Tiffany Davis, Joslynn and husband Daniel Stevens, Austin Allman, Makenna Akers and partner Andrue Griffin, Mattison Bock, Aiden Bock and Ashlee Akers; 10 great grandchildren: Kadynce Davis, Chayse Davis, Kamryn Manry, Tristyn Manry, Maci Davis, Wesley Allman, Zoey Davis, Charlie Davis, Hendrix Akers and Colby Manry. His two aunts: Marie Marchman and Gatha Herron and two brother-in-laws: Ernie Lawrence and Billy Lawrence. Condolences may be sent to www.kirbysmithrogers.com.
To plant a beautiful memorial tree in memory of George Akers Jr., please visit our Tree Store
Friday
5
March

Share Your Memory of
George
Upload Your Memory View All Memories
Be the first to upload a memory!
Share A Memory
Plant a Tree