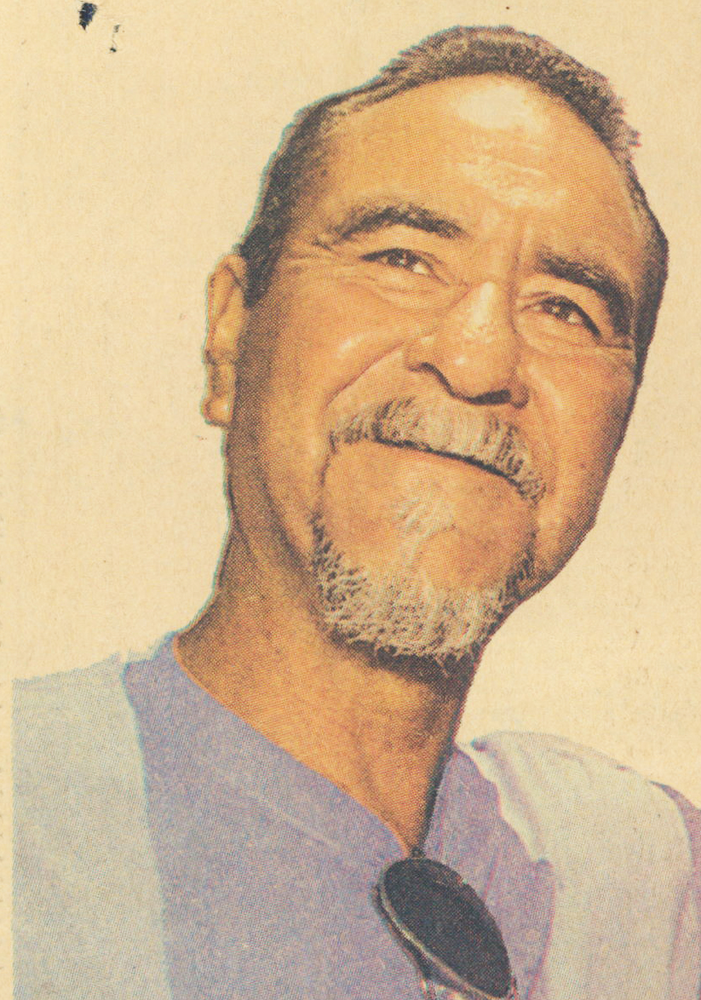 Please share a memory of Ebodio to include in a keepsake book for family and friends.
View Tribute Book
Funeral services for Ebodio "Bolo Carrasco Soto, 76, of Lovington will be held on Monday, June 21, 2021 at 10:00 am at Kirby-Ratliff Funeral Home Chapel with Arthur Sanchez and Johnny Garcia officiating. Burial will follow at Lovington Cemetery. Bolo was born on May 6, 1945 in El Vado de Piedras, Mexico to Catarino and Juana Soto and passed away on June 16, 2021 at his residence. "Bolo" grew up in Lovington and attended school here. He was well-known by his talent of wood carving and worked with David Sadler doing art work. He did the beautiful carving of the flag and the eagle and many more beautiful wood carvings. Bolo was well liked and had a lot of friends and was a giving person, especially if someone had a need. He had a sweet spirit and always had a smile. He became a Christian twenty five years ago and was so faithful to the Lord, being a great witness every day in all that he did. He was preceded in death by his parents: Catarino and Juana Soto; two sons: Jimmy Soto and David Soto; one sister: Ninfa Quiroz; and one brother: Rafael Soto. He is survived by his wife Antonia "Toni" Soto of Lovington; one brother; Ruben Soto and wife Melva of Lovington; three sisters: Rosalinda and husband Juan Marquez of Lovington, Hilda and husband Manuel Rios of Lovington and Elida Valencia of Lovington; two Daughter-in-laws: Bernice Soto of Espanola, NM and Monica Soto of Phoenix, AZ; three grandchildren: Aaron Soto, Julian Soto, and Jimmy Soto Jr. all of Espanola, NM; two Great-grandchildren: Adyian Soto and Adrian Soto; and Uggie his dog. Visitation will be held on Sunday, June 20, 2021 from 2 pm until 6:00 pm at Kirby-Ratliff Chapel. Condolences may be sent to www.kirbysmithrogers.com.
To plant a beautiful memorial tree in memory of Ebodio Soto, please visit our Tree Store
Sunday
20
June

Share Your Memory of
Ebodio
Upload Your Memory View All Memories
Be the first to upload a memory!
Share A Memory
Plant a Tree