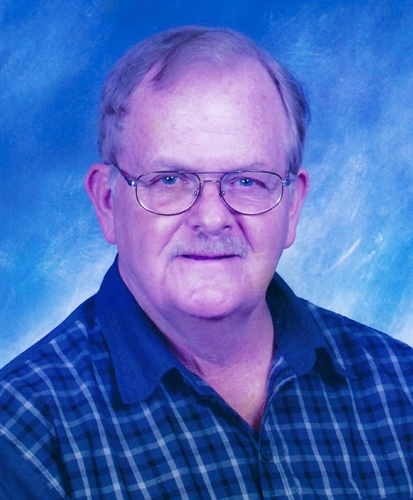 Please share a memory of Donald to include in a keepsake book for family and friends.
View Tribute Book
Funeral services for Donald Gene Sims, 79, of Lovington will be held on Thursday, June 24, 2021 at 1:00 pm at Hillcrest Baptist Church with Chad Wease officiating. Burial will be at a Carlsbad Cemetery. Don was born to Gene and Theresa Sims on November 20, 1941 in Carlsbad and passed away on July 17, at his home in Lovington. He grew up in Carlsbad and was in the 1960 graduating class of Carlsbad High School and enjoyed attending their class reunions every five years. It was at a reunion where he met his wife to be, Nell Yeager, a widow, who he married in 2005 and they made their home in Lovington. Don had an Associate's degree from NMSU and many certificates for special training. He served in the US Navy, then worked for many years at Tinker Air Force Base in Moore, OK. After retirement, he returned home to Carlsbad where he had time to commit to community and Christian activities. He had a heart for prisoners, so he served for years with Ernie white, initially, under the mentorship of Charles Wilson in the Bill glass Prison Ministry in several dangerous prisons. After moving to Lovington, Don also served in the jail ministry for the Hobbs & Lovington jail and Lea County Correctional Facility, where he was named Volunteer of the Year twice. That honor was shared one year with his wife, Nell, known to the prisoners as "the Brownie lady". Don prioritized veterans' needs and gave many hours helping other bets or their widows receive appropriate benefits. He drove vets to their appointments until he was the vet heeding a ride. He served in the Honor Guard for many years attending funerals to console grieving families with a reminder that their loved one's military service is remembered. For Carlsbad, Don served in the Downtown Lions Club delivering roses and distributing American flags. He was active at Lovington's Hillcrest Baptist Church, especially enjoying Sunday School and the monthly breakfast with the men. Preceding him in death were his parents and his only child, Presha Dawn Sims and her little boy, Robert. Also,two wives, Sue Rudolph Sims and Nell Yeager Sims. Surviving him is his sister: Francene Hoffman, stepdaughters, Judy Yeager and her partner Wes Taylor, Tammy Yeager, Bobbie Sue Smith and her husband Pete Reyes; stepsons, Tony Yeager and his wife Shelly and Roy Yeager and his wife Cecilia; also numerous step-grandchildren. In lieu of flowers, Don's family suggests a donation to Bill Glass' prison ministry; Behind the Walls, 1101 S. Cedar Ridge Dr., Duncanville, TX 75137 or to the jail ministry in Hobbs and Lovington. Condolences may be sent to www.kirbysmithrogers.com.
To plant a beautiful memorial tree in memory of Donald Sims, please visit our Tree Store
Thursday
24
June

Share Your Memory of
Donald
Upload Your Memory View All Memories
Be the first to upload a memory!
Share A Memory
Plant a Tree