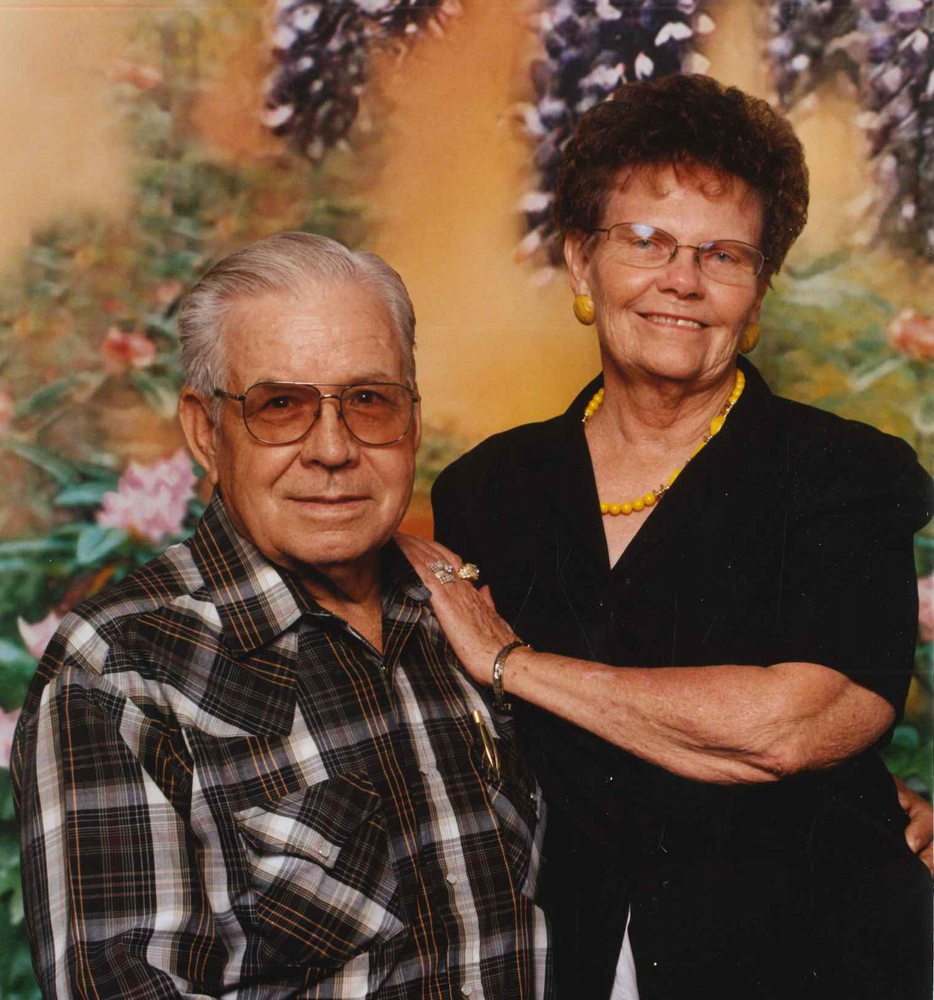 Please share a memory of Luis & Jessie to include in a keepsake book for family and friends.
View Tribute Book
OBITUARY OF LUIS EDWARD BAYES AND JESSIE MAE (STRINGER) BAYES Graveside services for Luis Edward Bayes (88) and Jessie Mae (Stringer) Bayes (82) of Lovington, NM, will be held on Friday, July 30, 2021, at 10:00 am at Lovington Cemetery with Pastor Wayne Villar officiating. Arrangements are under the direction of Kirby-Ratliff Funeral Home. Jessie went to be with her Lord on July 23, 2021, and Luis quickly followed on July 24, 2021. Luis was born to Joe and Mona Bayes on June 22, 1933, in Ackerly, TX. Luis attended school at the Brown Community School in Texas and Malvern Schools in Malvern, AR. He graduated from Eunice High School in 1951. In 1952, Luis joined the US Navy. He served on the USS Badoeng Strait, an aircraft carrier as Personnel Man Second Class in the Pacific. Upon discharge from the Navy, he went to work for Texas-New Mexico Pipeline in 1957 while completing six years in the Naval Reserves. Jessie was born October 22, 1938, to Delbert and Pearl Stringer in Frisco, OK. Jessie graduated from Eunice High School in Eunice, NM, in 1957. She married Luis in Lovington, NM, on January 25, 1958. They made their first home in Eunice. Shortly after their daughter, Starla, was born, Luis was transferred to Lamesa, TX, then less than a year later to Blanding, UT. They welcomed their son, Jimmy, into their family soon after. In 1965, Luis transferred "back home," and they began their life in Lovington, NM. Luis continued his career with Tex-Mex Pipeline. He worked his way through the company's ranks from a "grunt" pipeliner, gauger, meter prover, and mechanic. He retired as a Mechanical Supervisor in 1994 after 38 years. Jessie was a stay-at-home mom until going to work at Sears and Roebuck after both kids were well entrenched in school life. She worked as a clerk, credit clerk, and service manager before retiring after 15 years. Jessie later worked as an aide to Dr. Atchley. Luis and Jessie were members of the First Assembly of God Church, where she served as the church secretary for over 20 years serving many pastors whom she loved dearly. She also served as Sunday School teacher and Women's Ministries Director multiple times. Luis and Jessie lived life well, devoted to their family. Both had servant's hearts and were active in the kids' activities, serving the church and community, as volunteers for Cub Scouts, Boy Scouts, Girl Scouts, and Little League. Luis was a member of the American Legion and a Life Member of the VFW. They received an award from the State of New Mexico for being the top volunteers in the state in 2003 after volunteering more than 600 hours each at the Lovington Good Samaritan Center. Proceeding them in death are Luis' parents, Joe and Mona (Martin) Bayes; Jessie's parents, Delbert and Pearl (Daniel) Stringer; their precious grandson, Trey Knoll; Luis' brothers Joe Bayes and Andrew Bayes; Jessie's brother Joe Stringer and sister Helen (Stringer) Mason. Also preceding them in death were beloved brothers-in-law Doyle Pruitt and Benny Mason and sister-in-law Darlene (Perry) Bayes. Left to treasure their memory and legacy is their daughter, Starla Akers, and husband Rick of Lovington; their son, Jimmy and wife Michelle of Bryan, TX; grandson Hank Knoll of Lovington; granddaughter, Sierra (Bayes) Winslager and husband John of College Station, TX; great-grandson Jerimiah Bayless of Clovis, NM; Jessie's sister Mary (Stringer) Pruitt of Lovington; and Jessie's brother, George Stringer and wife Retha of Yukon, OK; grafted-in grandchildren Jonathan Silva and Amy and Nathan Gillum, and so many nieces and nephews they lost count. Condolences may be sent to www.kirbysmithrogers.com.
To plant a beautiful memorial tree in memory of Luis & Jessie Bayes, please visit our Tree Store
Friday
30
July

Share Your Memory of
Luis & Jessie
Upload Your Memory View All Memories
Be the first to upload a memory!
Share A Memory
Plant a Tree