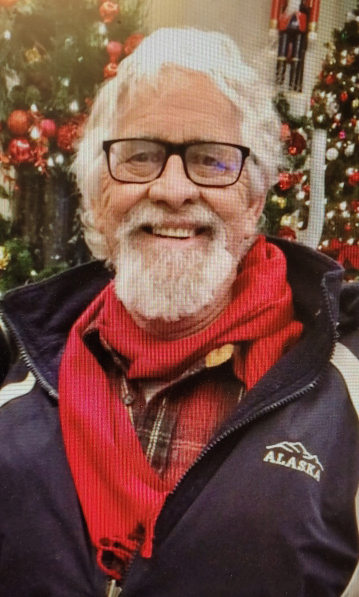 Please share a memory of Ronald to include in a keepsake book for family and friends.
View Tribute Book
Graveside services for Ronald "Gary" Clemens, 73, Lovington, NM will be held on Thursday, August 19, 2021 at Lovington Cemetery at 10:00 am with Bro. Dave Rowser officiating. Arrangements are under the direction of Kirby-Ratliff Funeral Home. Gary was born on February 11, 1948 in Casper, Wyoming to Richard Noble and Thelma Christine (Brannock) Clemens and passed away on August 11, 2021 in Lubbock, TX. He graduated from Irving High School in 1966. Gary was transferred from Texas to Lovington with TG&Y Company, where he met his soon to be wife, Joyce. They were married on December 15, 1983 in Lovington at the Christmas party for the newspaper at John and Jeanine Graham's home. Gary worked for the City of Lovington, at the Youth & Senior Centers and then transferred to the Fire Department. He attended Texas Tech Paramedic School for two years in Lubbock and would serve Lovington Fire Department for many years, retiring in 2009 as a Captain and a Nationally Registered Paramedic at age 62. Gary also managed the Turtle Hole Car Wash for 25 plus years in Lovington. He was a Christian and member and a deacon at Jackson Ave Baptist Church; also a Mason, serving as Worshipful Master in Hobbs Masonic Lodge #56 and member of Eunice Lodge #67 and Lovington Lodge #46. Gary was an outgoing, friendly man that stayed very busy and was involved and active in the community and also had a good sense of humor. He loved his family very much and had a great love for his "lil girls" as they were called, his two dogs, who helped him through the trials of life, Charity & Trinity. He will be greatly missed. Preceding him in death were his parents. Gary is survived by his wife of 38 years, Joyce, of the home; two daughters: Talisha Loa of Austin, TX and Lizabeth and husband William White of Lovington, NM; one brother: Larry and wife Pat Clemens of Irving, TX; four grandchildren: Michael and Landon Loa of Austin, TX and Jordan and Justin White of Lovington; two Sons: Christopher Shannon Clemens and children: Sean, Logan, Kaylan, Chelsie and Jayden of Waxahachie, TX and Ronald Scott Clemens and children: Andrew, Kimberly, Steven and Sabrina of Garland, TX. Memorials may be made in memory of Gary to Jackson Ave Baptist Church, 827 West Jackson Ave, Lovington, NM 88260. Visitation will be held on Wednesday, August 18, 2021 from 4:00-6:00 pm at the funeral home. Condolences may be sent to www.kirbysmithrogers.com
To plant a beautiful memorial tree in memory of Ronald Clemens, please visit our Tree Store
Wednesday
18
August

Share Your Memory of
Ronald
Upload Your Memory View All Memories
Be the first to upload a memory!
Share A Memory
Plant a Tree