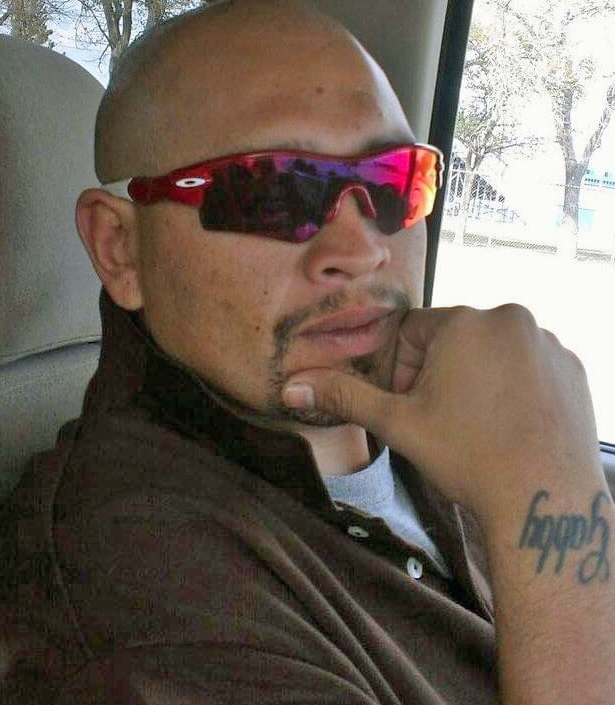 Please share a memory of George to include in a keepsake book for family and friends.
View Tribute Book
Funeral services for George Herrera, 37, of Lovington will be held on Friday, September 17, 2021 at 2:00 pm at St. Thomas Catholic Church with Father Samuel Ameh officiating. Burial will follow at Lovington Cemetery. George was born in Hobbs, NM on February 4, 1984 to Juan and Sara (Dominguez) Herrera and passed away on September 6, 2021. George was raised in Lovington graduating from Lovington High School. He loved playing softball, cooking out, dancing and listening to music. George was a fan of the Dallas Cowboy, Boston Celtic and Boston Red Socks. George loved his family especially his children. He was preceded in death by his father: Juan Herrera. He was survived by his children: Bostongeorge Herrera, Gabby Herrera, Sara Herrera and Kelly Herrera all of Lovington; three brothers: Jose Pena of Mexico, Ruben Pena of Hobbs, and Juan Herrera Jr. of Lovington; and one sister: Melinda Garcia of Lovington. Visitation will be held on Thursday, September 16, 2021 from 11:00 am until after Rosary. Rosary will be at 6:00 pm at Kirby-Ratliff Chapel. Condolences may be sent to www.kirbysmithrogers.com.
To plant a beautiful memorial tree in memory of George Herrera, please visit our Tree Store
Monday
1
January

Share Your Memory of
George
Upload Your Memory View All Memories
Be the first to upload a memory!
Share A Memory
Plant a Tree