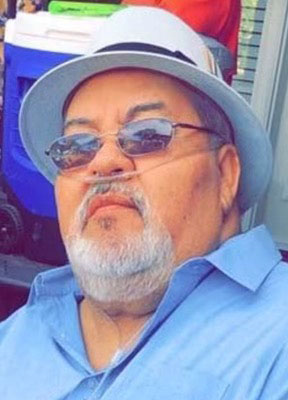 Please share a memory of Francisco to include in a keepsake book for family and friends.
View Tribute Book
Funeral services for Frank Ontiveros, 68, of Lovington will be held on Tuesday, November 16, 2021 at St. Thomas Catholic Church with Father Samuel Ameh officiating. Burial will follow at Lovington Cemetery. Arrangements are under the direction of Kirby-Ratliff Funeral Home. Frank was born on December 11, 1952 in Casa Grande, Arizona to Rafael and Aurora (Mesa) Ontiveros and passed away on November 9, 2021 in Lubbock, TX. Frank married Lisa Sosa on March 28, 1996 in Lovington, NM they shared 25 years together. He moved to Lovington in 1969. Frank like listening to music all the time and hanging out with the family. He loved his children and grandchildren. Frank liked to joke around a lot and was very funny. Person. He was a Dallas Cowboy fan. He was preceded in death by his parents: Rafael and Aurora Ontiveros; four brothers and three sisters. He is survived by his wife Lisa Ontiveros of the home; three sons: Frank Ontiveros Jr. and wife Marleen of Lovington, Alberto Ontiveros and wife Sandy of Lovington, and Brice Gonzalez of El Paso; five daughters: Irene and husband Jesse Navarrete of Rocky Ford Colorado, Sonia and husband Gustavo Hernandez of Wolfforth, TX., Tanya Ontiveros and Brad of Lubbock, Jaime Ontiveros of Lovington, and Aurora Ontiveros and Jose of Hobbs; six brothers, and four sisters; twenty-seven grandchildren, and nine great-grandchildren.
To plant a beautiful memorial tree in memory of Francisco Ontiveros, please visit our Tree Store
Monday
15
November

Share Your Memory of
Francisco
Upload Your Memory View All Memories
Be the first to upload a memory!
Share A Memory
Plant a Tree