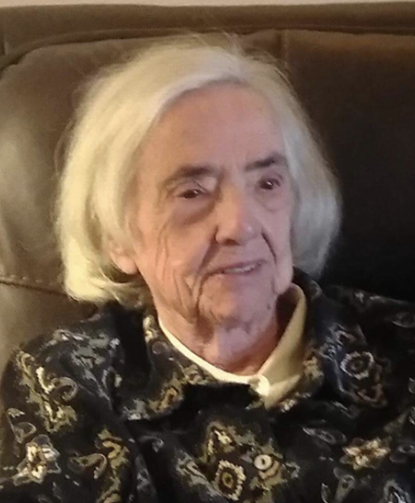 Please share a memory of Pauline to include in a keepsake book for family and friends.
View Tribute Book
Pauline Browning, 90, went to be with her Lord on Saturday, November 20, 2021 while residing at Good Life Senior Living and Memory Care with her husband and daughters by her side. Pauline was born April 9, 1931 in Allen, Mississippi to William Warren and Alice Rebecca (McIntosh) Miller. She grew up in Sturgis, Mississippi and graduated from Sturgis High School in 1951. After high school she was married and had four children. Later she moved to Wichita Falls, Texas where she met the love of her life, William Marvin Browning. They were married at the Little Brown Church in Wichita Falls on December 4, 1962, and a daughter joined the family in 1963. Pauline devoted her life to taking care of her five children and husband. She had many interests and hobbies, including quilting, cooking, sewing, fishing, canning, and gardening. Later, she took pride in teaching her grandchildren to do many of these things. She always enjoyed a quiet drive in the evenings with Marvin around Lovington. One of her favorite things to do was to make big dinners for her family, especially during the holidays. Pauline was a member of the 3rd & Central Church of Christ. Pauline was preceded in death by her parents, two sisters: Inez and Lucille and her twin brother Paul. She is survived by her husband of almost 59 years, William Marvin Browning of Lovington; sons: Charles Collins and wife Heleena of NE Mississippi and Lynn Collins of Houston, TX., James Collins and wife Diann of Glen Rose, TX.; daughters: Mary Crow and husband Brian of Andrews, TX., Sandra Browning of San Antonio, TX.; one sister: Irene Morgan of NE Mississippi; thirteen grandchildren, twenty-four great-grandchildren and numerous relatives and friends.
To plant a beautiful memorial tree in memory of Pauline Browning, please visit our Tree Store
Sunday
28
November

Share Your Memory of
Pauline
Upload Your Memory View All Memories
Be the first to upload a memory!
Share A Memory
Plant a Tree