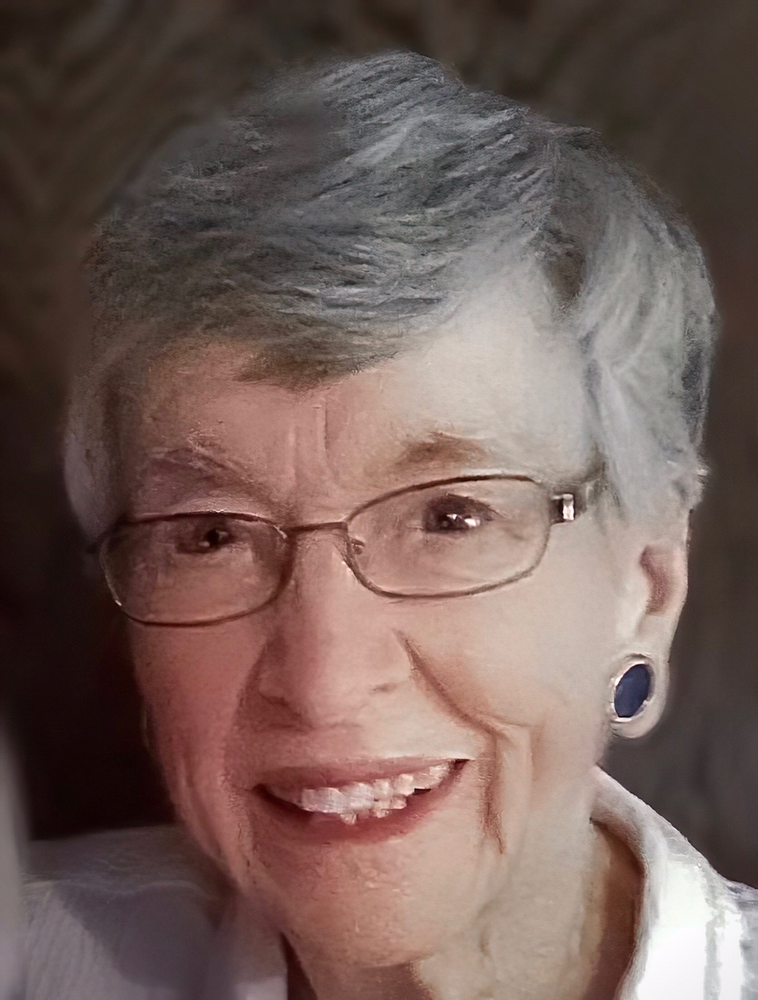 Please share a memory of Evelyn to include in a keepsake book for family and friends.
View Tribute Book
Evelyn Idell (Pope) Savisky, 94, went to be with the Lord on January 5, 2022. Idell was born to Organ Avertus (O.A.) and Vinnie Evelyn Pope in the rural Prairieview community north of Lovington, New Mexico, on September 18, 1927. Idell grew up on a ranch north of Lovington, where she worked with her Dad mending barbed wire fences, branding calves, fixing windmills, and serving as his right-hand tomboy. She also helped her mom in caring for her two brothers who had Muscular Dystrophy and passed away as teenagers. After completing Lovington High School, where she had also taught classes during the war's teacher shortage, Idell moved to Albuquerque to attend the University of New Mexico. It was there she met her future husband, Alfred Savisky, and they were married on September 7, 1947. The couple moved back to Lovington and later had four children: Julia Gayla, Alice, A.T. (Bud) and Luke. During the next 60 years, Al and Idell bought, built and/or sold real estate and land, and managed many businesses, including a trailer park, a skating rink, a discount store, an auto dealership, and strip shopping centers in Lovington. Both maintained real estate offices for more than 30 years. Idell served as a Sunday School teacher, faithful member and volunteer for more than forty years at Jackson Avenue Baptist Church. She also attended the Ruidoso Downs First Southern Baptist Church in the New Mexico mountains, where she and Al spent many summers. Idell was considered a pioneer of the area and a "women's libber" before her time. She believed that a woman could do everything a man could, and maybe better, and she was never afraid to express her opinions. Idell worked hard for Lovington's interests in her service as a Lea County Commissioner during the 1970s. She also served as President of the Lovington Women's Club, as an officer in the Eastern Stars, and as a regional fund-raiser for the Muscular Dystrophy association. Idell worked as a substitute teacher at Lovington High School and later she served for several years as President of the Lea County Museum. She loved the Lord, Lovington, and the New Mexico plains. Idell also enjoyed seeing other countries. She took a trip with her daughters through most of the European countries in the 1970s. Later she traveled to Israel, Greece, and Egypt with daughter Julia. She also went on three foreign mission trips with Christian volunteers, serving in South Korea, Guatemala, and Great Britain. Idell and Al moved to Plano, Texas in 2012 to live at Sunrise Senior Center near their daughter, Julia. Al passed away there in 2016. Idell pursued her interest in art while at the senior center, and became a fine watercolor artist. She also enjoyed jewelry-making, reading, writing her memoirs, and attending Sunday services provided by the Prestonwood Baptist Church. She made many friends at Sunrise, and enjoyed them immensely. She became a top spokesperson for the senior center, and took part in many of the activities and entertainment provided there. Idell is survived by two daughters, Julia Gayla Wilson (and Bennett Litwin) of Plano, Texas, and Alice J. Love of Portland, Oregon; a son, James Luke Savisky of Austin; and two nieces, Sara Savisky Koethke of Kelso, Washington, and Charline Dye and family of Lovington. Idell was preceded in death by her parents and her husband Al; her sister, Lillian Zachary, and two brothers, James Thomas (J.T.) and Odell Pope; one son, A.T. "Bud" Savisky; and her nephew, Billy Dale Dye. Please send condolences or comments directly to Julia at gaylawilson111@gmail.com. Condolences may be sent to kirbysmithrogers.com.
To plant a beautiful memorial tree in memory of Evelyn Savisky, please visit our Tree Store
Saturday
8
January

Share Your Memory of
Evelyn
Upload Your Memory View All Memories
Be the first to upload a memory!
Share A Memory
Plant a Tree