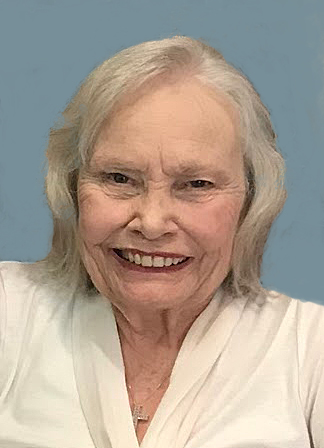 Please share a memory of Lois to include in a keepsake book for family and friends.
View Tribute Book
Former Lovington, New Mexico, resident Lois Elizabeth Frier Hilburn passed away on February 7, 2022, in Colorado Springs, Colorado. Funeral services will be held on Saturday, February 19, 2022 at 2:00 p.m. at the Kirby-Ratliff Funeral Home Chapel in Lovington, New Mexico, with Rev. Harry Pittam officiating. Burial will follow at the Lovington Cemetery. Arrangements are under the direction of Kirby-Ratliff Funeral Home. Lois was born in Roswell, New Mexico on November 30, 1940, the daughter of Aubrey Douglas and Virginia Lucas (Gray) Frier. She grew up splitting her time between the Frier Ranch near Tatum, New Mexico (homesteaded by her grandfather, Philip Frier), and homes in Lovington and Roswell. After graduating from Roswell High School in 1958, she attended Colorado Women's College in Denver, Colorado and graduated in 1960 with an Associate's Degree in Home Economics. Always interested in continuing her degree, Lois took classes at the University of North Texas and Texas Woman's University, both in Denton, Texas, and the University of the Southwest in Hobbs, New Mexico. From 1960 to 1962, Lois took to the friendly skies as a stewardess for Braniff Airlines based out of Dallas, Texas. On June 16, 1962, Lois married Phillip Howard Blanton in Dallas, Texas. In 1979, they divorced and she moved with her three children from Denton, Texas to Las Cruces, New Mexico to be closer to her sister, Nella. In Las Cruces, Lois worked for the Federal Land Bank, where a chance phone encounter reunited her with an old friend from Lovington, Jerry Hilburn. Within the year the two were wed. They settled in Lovington, New Mexico to raise their blended family of six children –three girls and three boys. With her husband, Lois worked in real estate sales, finance, and development and also retail as they built and operated Showtime Video stores in New Mexico, Texas, and Colorado. Lois's life revolved around her children and later, her grandchildren. After realizing her dream of retiring near the mountains of Colorado, Lois loved nothing more than entertaining the whole clan for a week in the summer and during the holidays at her home in Fort Collins with a view of the mountains. Lois was a devout Christian and was active in her church and led multiple Bible study groups. She served on the National Day of Prayer task force for Fort Collins, Colorado. A highlight was when she achieved her life goal to travel to Israel in 2011. She was preceded in death by her parents, Virginia and A.D. Frier, and her stepson, Jason Hilburn. She is survived by her husband of 39 years, Jerry; her sister, Nella Merrell; her children, Phillip Blanton (Mary Ann), Virginia Granath (Neil), and Tobey Forney (Billy); her stepchildren, Paige Wood (Shannon) and Justin Hilburn (Kathie); her grandchildren, Daly Blanton, Sydney Ayn Blanton, Madeleine Granath, Abigail Granath, Emma Granath, Liam Granath, Isabella Forney, William Lucas Forney, Alexandra Forney, Danielle Disney, Joshua Disney (Katelyn), Zachary Wood (Katharine), Austin Wood, Addison Hilburn, Josephine Hilburn, and Charlotte Hilburn, one great-grandchild Roman Wood, niece Debbie McClure, nephews Douglas Shivers Caudle and David Shivers, and numerous cousins. She also leaves behind two dear friends since childhood, Dianne Dumas and Jan Bunch.
To plant a beautiful memorial tree in memory of Lois Hilburn, please visit our Tree Store
Saturday
19
February

Share Your Memory of
Lois
Upload Your Memory View All Memories
Be the first to upload a memory!
Share A Memory
Plant a Tree