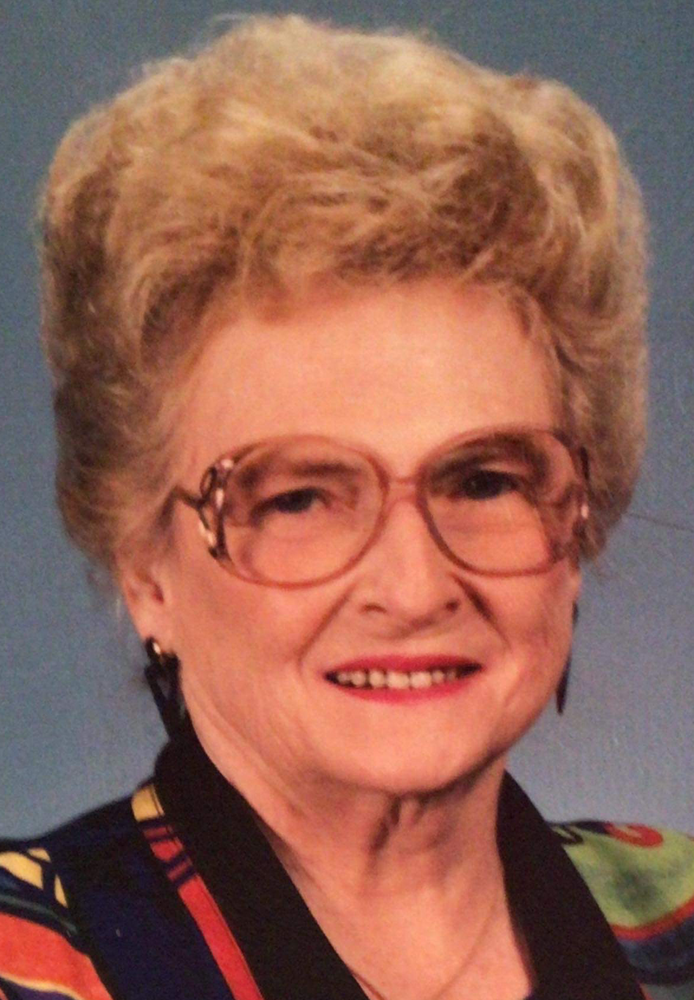 Please share a memory of Dorris to include in a keepsake book for family and friends.
View Tribute Book
Dorris Yarbro completed her journey through this life during the early evening hours of February 7, and quietly stepped across onto her new path, greeted by those loved ones who had gone on before, including: her parents, Mr. and Mrs. Glen McKibben, her in-laws, Mr. and Mrs. E. B. Yarbro, her two sisters, Tootsie Henry and Betty Shipley, her brother, Bill McKibben, and most importantly of all, her beloved husband of 52 years, Don Yarbro. Born in Best, Texas on May 22, 1929, she was 92 years old. Surviving Members of her family circle left behind to celebrate her life and carry on her legacy include: 2 daughters, Landis of Lovington, and Betsy, who resides in Detroit with her husband Tim Turvey, her two beloved grandsons, Aaron, who with his wife Tabatha live in Midland and Cade, who with his life partner Mechelle, live in Tampa, Florida, her two great-grandsons, Alan and Memphis, and "the son of her heart", Harold Lawson. Mrs. Yarbro was an eager and active participant in life. Never hesitating to become involved, she was always willing to share herself and her talents with those she loved and honored with her service. She loved her family. After being dubbed by her eldest grandson, she quickly became "Honey" to not only her immediate family members, but also became "Honey" to family friends and to their families as well. It was a role she prized above all others. She loved her community. Her efforts toward the betterment of Lovington were acknowledged when she was named Lovington's Citizen of the Year in 2005. She loved education, and held a special place in her heart for her fellow educators. A lifelong teacher herself, she taught American History for over 25 years. It was during this time that she became a strong and vocal advocate for her fellow teachers, serving them through her local, state and national affiliation with the National Education Association. She was an active member and participant in several areas of the NEA, including serving on the NEA National Resolutions Committee. She served as a NM delegate during numerous National NEA conventions, and her dedication and service to education vas validated when she was inducted into the NEA-NM Southeast Region Hall of Fame in 1992, and then into the NEA-NM State Hall of Fame in 1994. She loved Lea County and Southeastern NM, and chose the political arena as her venue to serve its citizens. Instrumental in the establishment of a permanent Republican Party Headquarters in Lea County, she began her efforts to ensure that the conservative voice of the area was not only preserved, but promoted. Working on the campaigns of numerous candidates statewide, she eventually assumed a leadership role in the newly established Lea County Republican Womens group. Her tireless but highly successful efforts led to her being appointed to numerous state level positions, including Governor Bruce King's Commission on the Status of Women and a position on the Task Force charged with the task of re-writing the State of New Mexico Juvenile Code. Her political knowledge and the efforts she expended toward the betterment of her state were acknowledged and rewarded when she was appointed Colonel Aide-de-Camp by Governor David Cargo in 1967, and then again by Governor Jerry Apodaca in 1975. She loved her Country and all those who served it. A truly dedicated patriot, in her later years she set out to collect the names and stories of every known veteran from Lea County. Determined that the fallen heroes of this group should never be forgotten, she asked for and received the endorsement of the Lea County Commission, and aided by members of the local American Legion, she set out to see that the Lea County War Memorial, complete with the engraved names of the fallen, was replaced and restored to its place of honor on the Southeast corner of the Lea County Courthouse Square. Her dream was realized on November 10, 2001 when the black granite monument was unveiled and dedicated. In tribute to her passion for the project, it was stated by one of the American Legion members in attendance; "You are the kind of American we should all aspire to be." The family has requested that in lieu of flowers, any memorial contributions to be made in her name should be directed to Wreaths Across America program, c/o Glenna Jameson 3219 E. Ave D, Lovington, New Mexico. 88260 Graveside services are will be held on Monday, February 21, 2022 at 10:00 am at Lovington Cemetery with David Stewart officiating. Due to Covid concerns, no visitation times will be held. Condolences may be sent to www.kirbysmithrogers.com.
To plant a beautiful memorial tree in memory of Dorris Yarbro, please visit our Tree Store
Monday
21
February

Share Your Memory of
Dorris
Upload Your Memory View All Memories
Be the first to upload a memory!
Share A Memory
Plant a Tree