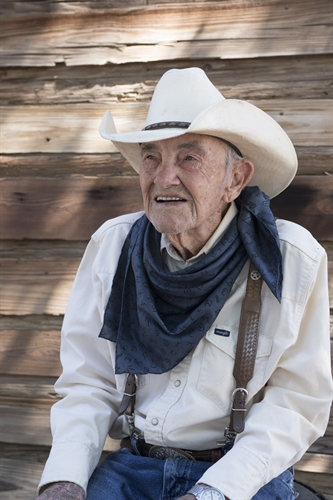 Please share a memory of Leroy to include in a keepsake book for family and friends.
View Tribute Book
Leroy L. Davis, a long-time resident of Monument, NM, went to his eternal home on December 14, 2022. He was born on March 12, 1929, to the late Clyde A. Davis and Orpha Mae Cox Davis in Seymour, TX. Leroy is survived by the love of his life, his wife for over 37 years, Dolores Glenn Davis of Monument, NM. He is also survived by one daughter Becky Lynn Davis Smith of Rainbow, TX and 3 sons, Bobby Wayne Davis and his wife Brenda of Baytown, TX, Raymond Pribble and his wife Maureen of Englewood, CO and Larry Pribble and his wife Michelle of Colorado Springs, CO. Leroy is also survived by his brother Richard Davis and his wife Martha of Crosby, TX. Along with 12 grandchildren and 20 great grandchildren and many nieces and nephews. He was preceded in death by his twin sister, Janice Davis Horton, 2 brothers, Clyde William Davis, CA Davis, and his beloved daughter Cinda Shedron. A celebration of life will be held at Monument Baptist Church, 6801 S. Hwy 8, Monument, NM on December 28th at 10:00 am Followed by interment at the King Cemetery on the Duncan Family ranch 5 miles east of McDonald, NM. Leroy grew up near Seymour, TX. He joined the U.S. Navy in 1951, serving on the USS Intrepid aircraft carrier until 1955. Leroy achieved the rank of Petty Officer First Class. He served overseas for 18 months, including a Mediterranean tour of duty. Leroy was awarded the National Defense Service Medal, and Good Conduct Medal. Leroy always took great pride in his work. He lived in Kermit, Tx, for many years and worked as the market manager for Spruill's Grocery and Piggly Wiggly Grocery stores, where he won awards for his market's display cases. He was also self-employed as a farrier, trimming and shoeing horses at night and on the weekends. He also taught other young men that have carried on the profession. Leroy was a cowboy's cowboy and loved his horses. After their horseback wedding in 1985 Leroy joined Dolores in her existing successful show horse breeding and training operation which later became DND Training Stables in Monument. He went on to train multiple cutting horse futurity winners. Leroy helped to start the Lea County Cutting Horse Club. He was a member of the Permian Paint Horse Club and the Pecos River Cutting Horse Club. Over the years they bred, raised and trained many AQHA Quarter Horse winners (world-class cutting) and American Paint Horse Association Champions. Leroy was well-known in the area for his cowboy poetry. He wrote a book of poetry entitled "A Cowboys family and friends," published in 2009. Over the years, Leroy has proudly served the Monument community in numerous ways. Whether in parades, volunteering during the annual Geronimo Days festivities or as the operator of the Monument Convenience Center. As an active member of the Monument Baptist Church he was often called upon to read his cowboy poetry. Leroy will be greatly missed by his family, friends, and neighbors.
To plant a beautiful memorial tree in memory of Leroy Davis, please visit our Tree Store
Tuesday
27
December

Share Your Memory of
Leroy
Upload Your Memory View All Memories
Be the first to upload a memory!
Share A Memory
Plant a Tree