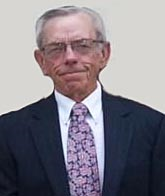 Please share a memory of Carl to include in a keepsake book for family and friends.
View Tribute Book
Carl Barry Crutchfield, a trial lawyer and resident of Hobbs, New Mexico, died unexpectedly on February 14, 2021 at the age of 74 in Lovington, New Mexico. Barry was born on August 2, 1946 to Estelle and Carl Crutchfield in Eunice, New Mexico. Following graduation from Lovington High School in 1964, he went on to earn a Bachelor of Science degree in mathematics from Eastern New Mexico University in Portales, New Mexico and a Doctor of Jurisprudence degree from the University of Texas School of Law in Austin, Texas. Barry joined the United States Marine Corps in 1971, serving the rank of captain until 1974. He further contributed to the US Marine Corp as both a Judge Advisor and Military Judge. Barry met his wife, Susan, while in school at Eastern New Mexico University in 1967 and the two were married on August 17, 1968 in Austin, Texas. They went on to have two daughters in 1972 and 1977, respectively. With more than 45 years of experience, Barry had an accomplished career as a criminal defense trial attorney. Licensed to practice law by the State Bar of Texas in 1971, Barry was admitted to practice by the United States Court of Military Appeals in 1972, the United States Court of Appeals for the Tenth Circuit in 1974, the State Bar of New Mexico in 1974 and the United States District Court for the District of New Mexico in 1974. He would then go on to serve as partner at the firm of Sanders, Templeman & Crutchfield from 1974 until 1977 and then as partner at the firm of Templeman & Crutchfield from 1977 until present. In addition to his primary trade, Barry was affiliated with various organizations in relation to his areas of expertise. He maintained memberships with the Association of Trial Lawyers of America, the National Association of Criminal Defense Lawyers, the American Board of Trial Advocates and the New Mexico Trial Lawyers Association. In addition, he supported the New Mexico Criminal Defense Lawyers Association as well as the Lea County Bar Association. In light of his exceptional undertakings, Barry accrued several accolades and honors throughout his impressive career. He was presented with the Outstanding Contribution Award for the State Bar of New Mexico in 1990 and 1993. He has been honored as one of the top 100 trial lawyers and top 10 lawyers in New Mexico in the fields of criminal and personal injury law. A fellow of the New Mexico Bar Foundation, Barry was recognized as an industry expert in 2016 and a Distinguished Worldwide Humanitarian in 2017. Barry was a devoted father and husband, a staunch Longhorn fan and an avid golfer. Known for his outgoing personality and his willingness to help anyone and everyone that he could, Barry was a well-known figure in the community. He was compassionate for those that needed help the most and fought fiercely on their behalf in the courtroom. He was a generous man who was willing to go above and beyond to make the world a better place. Barry most enjoyed traveling with his wife and friends, playing golf, watching UT beat OU and being with his beloved Scottish terrier, Wally. Preceding him in death were his parents, Carl and Estelle Crutchfield. Barry is survived by his wife, Susan Crutchfield; his daughters Jenna Adams and her husband Darrel of Denver, CO and Kelli Gault and her husband Travis of Houston, TX; 1 grandson, Drew Adams of Denver, CO; 3 granddaughters, Baylie Adams of Denver, CO, Casey and Hadley Gault of Houston, TX. A private funeral service will be held at the Prairie Haven Cemetery in Hobbs, NM. Reverend Matt Bridges of the First United Methodist Church in Lovington, NM will officiate. Donations may be offered in memory of Barry at the Lea County Humane Society at www.leacountyhumanesociety.org or the Wounded Warrior Project at www.woundedwarriorproject.org. The family will be hosting a Celebration of Life event to honor Barry later this year, details to be forthcoming. Arrangements are under the direction of Kirby-Ratliff Funeral Home of Lovington, NM and condolences may be sent to www.kirbysmithrogers.com
To plant a beautiful memorial tree in memory of Carl Crutchfield, please visit our Tree Store

Look inside to read what others have shared
Family and friends are coming together online to create a special keepsake. Every memory left on the online obituary will be automatically included in this book.
View Tribute Book
Services for Carl Crutchfield
There are no events scheduled. You can still show your support by planting a tree in memory of Carl Crutchfield.
Plant a tree in memory of Carl

Share Your Memory of
Carl
Upload Your Memory View All Memories
Be the first to upload a memory!
Share A Memory
Plant a Tree