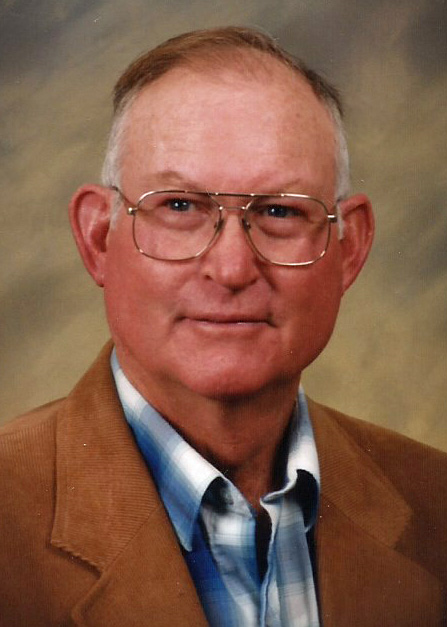 Please share a memory of James to include in a keepsake book for family and friends.
View Tribute Book
James Leonard Odle, devoted husband, loving father, educator, administrator and rancher died peacefully at his home on January 5, 2023 at the age of 91. James was born March 10, 1931 at home in Gladiola, NM to Leonard and Virginia (Via) Odle. James had one brother, Roy C. Moore, and two sisters Ginger Thoma and Vona Mae Lewis. James' father died when James was just 5 years old. Times were hard for the family after Leonard's passing, so his brother Roy and James left to live with neighbors or relatives. During this time, James learned how to milk cows, shock feed and pick cotton. If you ever shook his hand, you found out (sometimes painfully) what milking cows every day for years will do! James started his Freshmen year of high school in Tatum while living with and working for Dub and Ruby Baum. The Baum's treated him like family and James remained with them through high school. James graduated from Eastern New Mexico University. James married Amelda Joyce Frier on August 21, 1951 at her family ranch. He tried his hand at farming but decided to go back to school and completed his master's degree at New Mexico Highlands University. His first teaching job took them to Springer, NM then back to Tatum where he taught Science and eventually became the High School Principal. For a brief time, he was an Assistant Principal at Santa Fe High School then he was hired by the New Mexico Activities Association (NMMA) as the Assistant Director in Albuquerque. James worked for the NMMA for 19 years eventually becoming the Executive Director. During James' tenure at NMAA, girls' sports came to be. He hired the first female Assistant Director, Joette Creighton Maskew to assist with the monumental task of adding girls high school sports and the rest is history. Often his work at NMAA was a family affair, as his wife and sometimes his children would help at the State Track Meets. Upon retirement, he and Amelda moved to Alto, NM and built a beautiful log home which they enjoyed for five years. Then they decided to return home to Tatum and he ranched for over 20 years until they moved into town. James and Amelda loved being on the ranch and both enjoyed many prosperous years ranching. James was probably best known and respected for being a Godly man. He accepted Christ as his savior at the age of 16. From that point, living a Godly life was his desire. He served as an active and devoted deacon at the First Baptist Church in Tatum and Sandia Baptish Church in Albuquerque. He taught Sunday School and was also the church business meeting moderator at Sandia for many, many years. James enjoyed camping, fishing, sports, the movie/book Lonesome Dove, Amelda's Sweet and Sour Chicken, Coconut Cream Pie, and being with his family. He had a very dry but endearing sense of humor. When asked if he wanted banana pudding or chocolate cake for dessert, he would answer "what do you mean OR?" Even when he knew he had told you a story before, he would say he was going to tell it again because he liked hearing it. James was preceded in death by his parents Leonard and Virginia; his brother Roy and sisters Ginger and Vona. He is survived by his wife Amelda of 71 years of Tatum; daughter Karen and husband Mike Thompson of Fort Worth, TX; son James Timothy (Tim) and wife Teresa Odle of Albuquerque, NM; and daughter Kyra Duncan and fiancé KenDon Fish of Tatum, NM. He has seven grandchildren, Johanna Belford, Sarah Johnson, Cody Odle, Seth Thompson, Rebecca Higgins, Shelby Norton and Haley Duncan. He also leaves behind eleven great-grandchildren and beloved friend and brother-in-law Fip Frier and wife Emma of Tatum as well as many nieces and nephews.
To plant a beautiful memorial tree in memory of James Odle, please visit our Tree Store
Monday
9
January